This Victorian semi-detached house – part of the SuperHome network – was given an award-winning eco-renovation based on installing cost effective interventions rather than setting out to meet a notional standard. This approach has delivered a 90% reduction in CO2 emissions.

This Victorian house built in 1875, is in Peckham, south east London is three-story house with a pitched roof, a bay-fronted ground floor window and a two-storey rear extension, which was added to in the early 1990s to take it up to three stories using aerated concrete block walls. It is semi-detached on two stories. The main entrance is on the detached side, located down a narrow alley.

Before its refurbishment, the house had very few energy efficiency measures installed. The pitched roof had minimal insulation while the flat roof over the rear extension had only 50mm thick foam board insulation installed between joists. The suspended timber ground floor was uninsulated while the floor of the rear projection was a 20mm thick screed laid on bare soil. The ground floor bay window was fitted with single glazed sash windows; all the other windows were old double glazed PVC units, which leaked around the frames. The house was heated by a mixture of electric storage heaters and gas fires, while hot water was from an ancient gas boiler.

An article in The Guardian:- 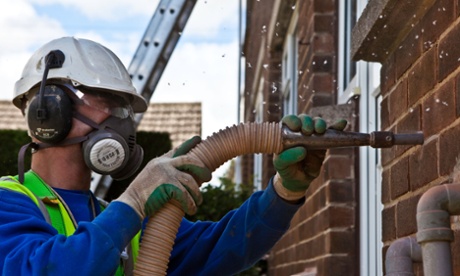 The Department for Energy and Climate Change have just announced in press release that the Green Deal Home Improvement Fund is to close with immediate effect. Despite only two days ago they issued a press release saying how successful the scheme had been and seemed to suggest that more money would be available, although they were reducing the subsidy for solid wall insulation from £6000 to £4000 from Friday 25 July and from 5 August 2014 flue gas heat recovery systems will not longer be an eligible measure for the subsidy.

Only last week was I expressing concern that this scheme was in danger of becoming a classic example of “roller-coaster” intervention by DECC. This appears to have become true. DECC appear to be incapable of managing energy efficiency or renewable energy (Solar PV – Feed-in-tariff) that will lead to a steady sustainable uptake of measures – that are good for the environment, householders and the industry.

Cambridge Carbon Footprint have just launched their 2014 Open Eco Homes Project that will include at least 18 new-build and retrofit low-energy homes, both new-build and retro-fit in and around Cambridge being open to the public in September. Householders will show and explain the energy-saving features of their homes – the pros and cons and how to get the best out them to save on energy bills and carbon emissions.

Open Eco Homes aims to inform and inspire visitors to improve the energy efficiency of their own homes or choose very efficient new ones.
The homes demonstrate a wide range of eco-renovation technologies, from underfloor heating to wood burners, all kinds of insulation and condensing boilers, right through to green roofs, gardens and water-butts.

The Open Days will take place on the 14 and 20 September 2014 – but must be booked in advance. In addition there will also be a series of workshops “digging deeper into home renovation” during October and November. Their website will also contain a series of case studies.

For more details go to the Open Eco Homes Website.

Although nothing to to do with Energy Efficiency in the home, it does celebrate cycle power through the city of Cambridge. Look at this video that takes you along the route – from a cyclist view – through the city past all the historic buildings.

Many thanks to Rad Wagon for producing this video and putting it onto his website where there is more information about the historic buildings to be found along the route. From Sunday 6 July through to the day of the event on Monday 7 July we will be providing live twitter feeds with pictures of the scene and activities in the run up to the start of the event of the event in Parkers Piece near the centre of Cambridge. Bookmark this page in your browser (don’t forget to refresh it) or follow us on twitter. Tweets by @The80percentHub 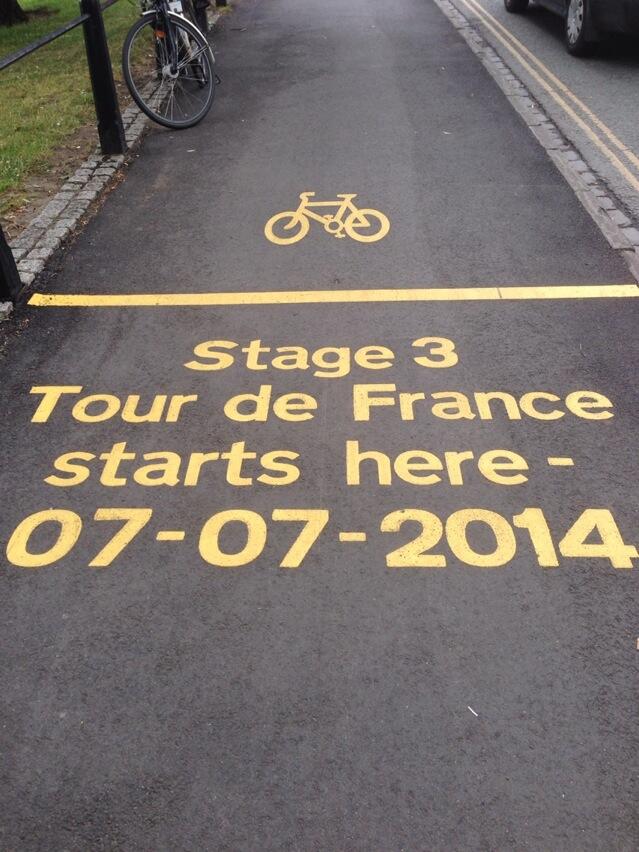